Open Source is many things to many people  Most commonly, "free" is the first word that comes to mind.  And what could be more attractive than that?  But free is not the only or in many cases the primary reason for adopting open source software.    At Nubay we believe that open source can be both cheaper and better.    How is that possible?

Better
Open source has two major advantages when compared to proprietary software.   First is that a community of  software developers - individuals and corporate - can develop and contribute to the open source code.    The breadth of functionality that can result from such open contributions is breathtaking.  Open Source projects that have a large number of contributors are constantly growing and evolving and addressing more and more requirements of the user base.  The second key advantage is integration.   By its nature, open code and database architectures encourage integration.   If a developer can access the underlying code and database structure, it is easier to integrate with complementary open source applications.

Cheaper
Of course open source licenses that allow for usage without payments are going to be cheaper.   But open source solutions can be less expensive because of the community of contributors.  Development is shared by many developers who add value on their own or as part of their "day job" supporting and growing software that is critical to their organizations.   Every major software company worldwide supports and contributes to open source projects.  The commitment to sharing for the greater good can result in better software for all.

Open Source runs the Internet
It is widely recognized that the software used by the majority Internet sites is open source - Linux operating systems, Apache web servers, the PHP language and MySQL databases are ubiquitous.  They are reliable, well supported and open source.   And they are used with thousands of other open source applications.

But, there are caveats
First, is the need for expertise.    Open source applications can be long on features but sometimes that adds complexity at the expense of ease of use.     Another factor is the need to vet the software for reliability.   Again, the same advantage of breadth of features can lead to software that has bugs.   Of course, all software has bugs but so-called "edge conditions" can be problematic.   Again, you need expertise to guide you through and away from the more risky corners of open source applications.   At Nubay we refer to these as rough edges - the software works but certain aspects are less than ideal.  At Nubay, we believe in "radical transparency" - remember we want to be your partners not another vendor.   Our job is to manage your experience and avoid those rough edges.

What about security?
You can hear this debated extensively.    Well supported and widely used open source software is often more reliable than proprietary applications that have small user bases and a more limited set of developers.   One thing that is not debatable is that you need a consistent plan for adding security fixes on a timely, and sometimes immediate, basis.   Our platform is set up to apply security updates rapidly and consistently across all of our client instances.

How can we help?

Join Us - We're On Your Side 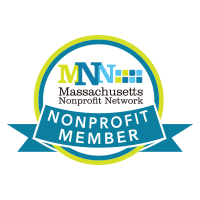